In 1982 David Tate moved his family from Hampshire to Penrith and along with his wife Sandra, their daughters and three friends set up a manufacturing company. With the assistance of Eden Council in the provision of start-up premises at Skirsgill, that company would grow to be the world-renowned Lilliput Lane.

The first 14 models formed the initial collection, released in September of 1982. The company name had not been established when production started and as such some of these early models do not bear the Lilliput Lane backstamp, making them highly sought after collectors items.

Each model is based on a real building and are handmade and hand-painted in Britain. The quality of craftsmanship and detailing ensured Lilliput Lane would become a worldwide success.

In 1997, Lilliput Lane was acquired by Enesco Ltd, followed shortly by the retirement of founder David Tate. Manufacturing was moved to Langholm in the Scottish Borders in 2009, forcing the closure of the Penrith site and visitor centre.

Sadly, in 2016, parent company Enesco Ltd took the decision to cease manufacture at the Langholm factory and to permanently discontinue the Lilliput Lane brand. In a statement, Enesco claimed that the factory had been operating at a loss for some time and was no longer sustainable. They cited changing customer tastes as a reason for decline in demand.

In line with our theme, here at christmasvillages.co.uk our focus is on the Lilliput Lane festive models and snowed cottages. 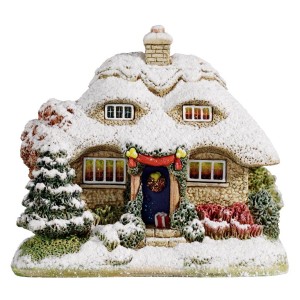 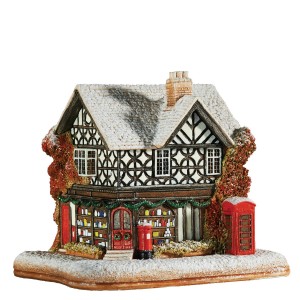 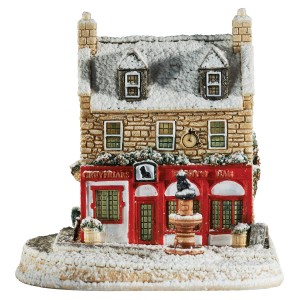