The name Luville is derived from the Latin word “lumen”, meaning light and the French word “ville”, meaning town. Together, they give us “lighted village”.

Luville is a brand name of Edelman BV, a company based in Reeuwijk, Netherlands. First introduced in 2006, Luville has a distinctly European character and all its various villages are based on regions throughout Europe. 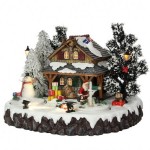 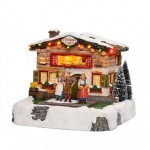 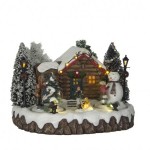 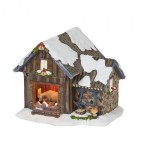 Until 2010, Luville consisted of five villages, each with their own theme and time period. Bridbury has a quaint, nostalgic feel based on Victorian England. Charville Sur Mer is an early twentieth century French fishing village. Schneewald is an Austrian village with a winter sports theme. Also based in France, Ville de Reidy is a rural village in the Alsace region, dating from around 1950. Finally, introduced later in 2007, we have Molendam, a Dutch village also dated from around the 1950s.

In 2009, Luville introduced a new collection based on Efteling, a popular amusement park in the Netherlands, with a theme based on myths and legends, fairy tales and folklore. Conversely, in 2011 Bridbury and Charville Sur Mer were discontinued to focus on the remaining three villages. 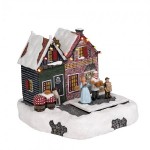 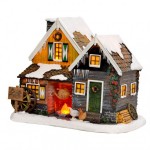 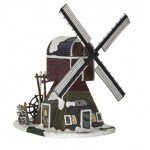 Luville lighted buildings are hand crafted and painted to a high standard from porcelain and polyresin. They produce an extensive range of figurines, accessories and landscaping materials to enhance the buildings and create the complete scene.

Additionally, Luville produce a range of “Specials” and “Collectables” which include items such as snow globes and music boxes.

Luville lighted buildings and accessories are designed for use in Europe and will be fitted with European plugs. It might be possible to replace light fittings with those from another brand that are available with a UK plug fitted. Alternatively, there should not be any issue with using a standard travel adaptor. It should be noted however that these are not intended for continuous or long-term use.