As has become customary, Department 56 has released a second round of new models for 2016 in May. This follows on from the first batch of new additions announced in January, as we covered in a previous bulletin. You can discover those initial January 2016 new release models here.

As well as new introductions for the leading established village collections, Department 56 have also taken this opportunity to introduce two entirely new villages. These new villages are First Frost and Holiday in the Woods. All the items so far announced in these two new villages have come in the form of sets. Each is comprised of a lighted building and comes with accessories.

Holiday Specials Christmas Sweets is the common theme for this latest round of offerings from the leading brand of Christmas village products. The North Pole Series, Dickens Village and the Original Snow Village have all delivered confectionery themed treats.

Original Snow Village leads the way with a total of eight new models, including two lighted buildings. 1976 Olive Street, Stillwater delivers much of the charm that inspired the founders of Department 56 to start producing their miniature Christmas village buildings. Snow Village Christmas Sweets is perhaps our favourite of the May 2016 introductions. This delightful chocolate shop could be equally well accompanied by either Snow Village Sidewalk Sweets or Sweets For You figurine accessories. 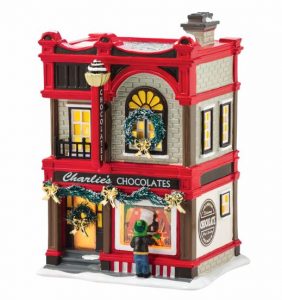 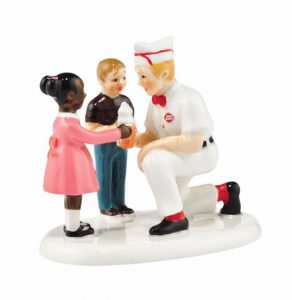 DQ Sweets For You 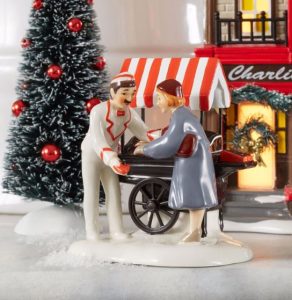 Collectors of Dickens Village have fared extremely well with a trio of new lighted buildings. Each is again accompanied by a scene enhancing accessory or figurine. Dickens Village Christmas Sweets can be complimented by the addition of Dickens Village Sidewalk Sweets. St Clive’s In The Dell is brought to life with the First Christmas Eve Service figurine set, while Swan & Trumpet Beer Wagon brings Christmas Cheer to the pub from where it gets its name. 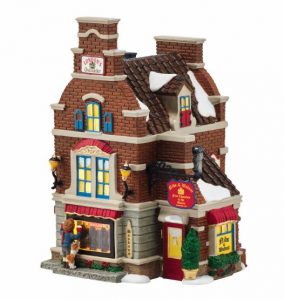 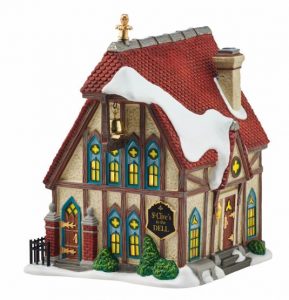 St Clive’s In The Dell 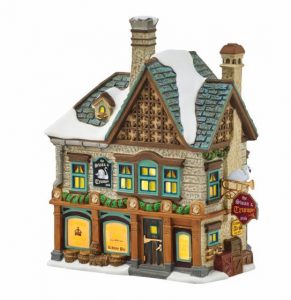 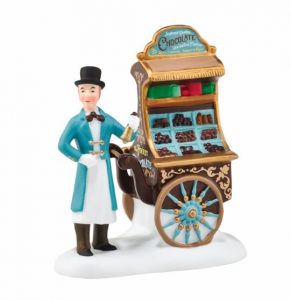 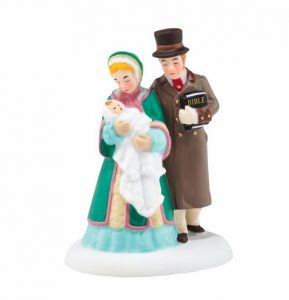 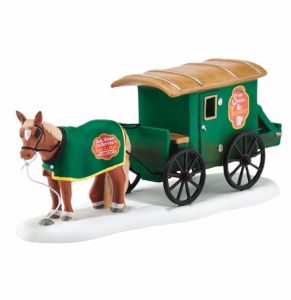 The Department 56 North Pole Series also has its own version of the Christmas Sweets and Sidewalk Sweets pairing. There are also further new buildings and accessories which include Santa’s DQ Cone House, a kiosk style lighted building and the matching Dairy Queen Delivers accessory.

Perhaps the most exciting news from the May 2016 release though comes with the addition of the two new villages of First Frost and Holiday In The Woods. First Frost village begins with a lighted church, house and cottage. Each of these has been transformed into a complete miniature scene with the addition of an accessory and trees. It is a similar story with the four initial offerings from the new Holiday In The Woods series. Each of the timber built buildings comes complete with a complimenting accessory, trees and a bag of Fresh Fallen Snow. These gift set editions really are a complete miniature Christmas village scene all in one box. 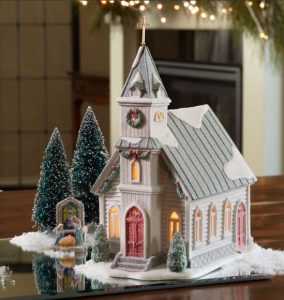 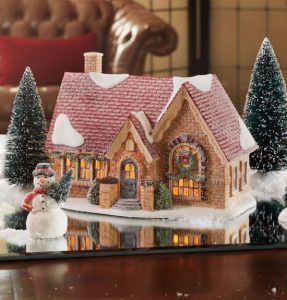 Not to be missed, the solitary addition to the Alpine Village range is the fabulous Christmas Market Black Forest. This battery-operated lit kiosk and accompanying figurine is a little bit special, in our opinion.

Release dates vary but expect most of these models to be arriving in stores during September and October of 2016. 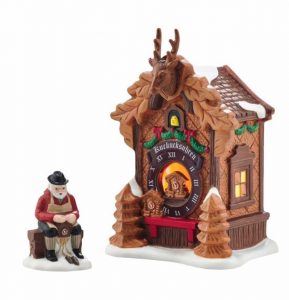