The History Of Department 56

The story of the origins of Department 56 is almost as quaint and charming as the lighted buildings they produce. One Christmas evening, a group of friends embarked on a journey that would introduce a new festive tradition to homes the world over.

They set off to enjoy a celebratory dinner at a country inn, nestled in a quiet town beside a river. As they rounded a bend in the road, they discovered the old-fashioned village decorated for the holiday season. The lights, glowed and sparkled amid the freshly fallen blanket of snow. Throughout the evening, the discourse was full of Christmas memories the tiny town had evoked. Amidst the jovial banter and magical memories, the idea for a lighted Christmas village was born. In 1976, that vision was realised when Department 56 introduced a series of six hand-painted, ceramic buildings.

Department 56 began as part of Bachman’s, a retail florist based in Minneapolis, USA. Bachman’s employed a numbering system to identify each of its departments. The number assigned to the wholesale gift imports division was 56. 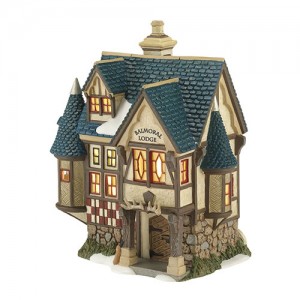 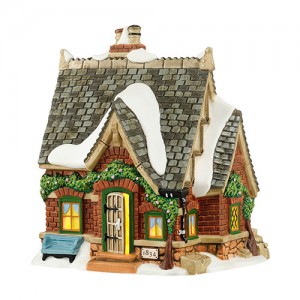 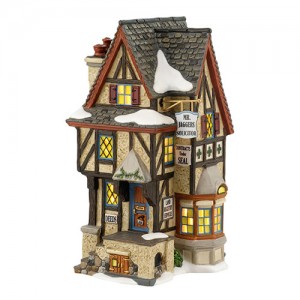 Now head-quartered in Eden Prairie, Minnesota, Department 56 has become an industry leader in giftware, collectibles and holiday decorating. It is best known for their hand-crafted lighted villages, Snowbabies figurines and other holiday and home decorative products.

During the 1970s, The Original Snow Village was introduced. The preliminary six buildings were replaced with a collection of twelve. A range of accessories were added. In the 1980s, Department 56 introduced their Heritage Village Collection concept, beginning with the Dickens Village Series. They later added the New England Village Series, Alpine Village Series, Christmas in the City and Little Town of Bethlehem. Such was their success during this period that it was necessary to expand the operation into new premises.

The business continued to flourish throughout the 1990s. We saw the introduction of the Disney Parks Series and other recognised brands were given the miniature lighted building treatment. These included Starbucks, McDonalds and Hershey. The 1990s also saw Department 56 create a presence online and the first corporate Department 56 retail outlet was opened. 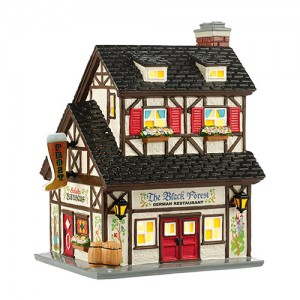 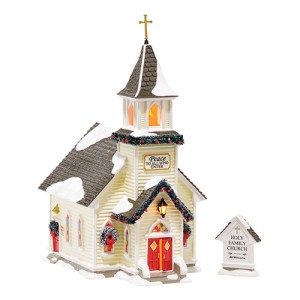 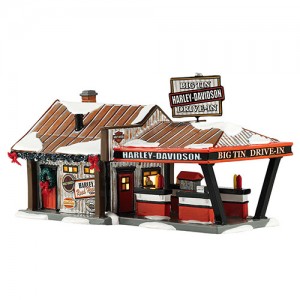 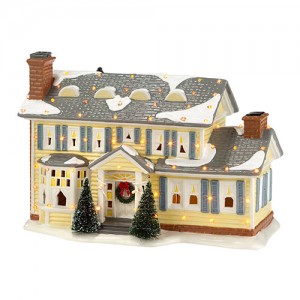 The 21st century saw Department 56 join the ENESCO group. They continued to follow modern trends, with new models featuring Harry Potter, The Simpsons and Downton Abbey. A new line of Disney products were introduced and even Dr. Seuss’ The Grinch found its way into the Department 56 catalogue.

Department 56 continues to be the industry leader and features more themes than any other maker, all produced to the finest quality with modern designs and intricate detailing.

Department 56 is essentially a US brand that produces models intended for the US market. However, a significant number of Christmas village collectors in the UK are keen to get their hands on Department 56 models. This is likely due to the high quality of manufacture compared to some other brands. Also the diversity and range of products in the catalogue of a company that has been producing miniature Christmas villages for over 40 years is undoubtedly a draw.

There are few retailers of DP56 products in the UK but it is certainly possible to purchase them or import them on an individual basis. This can prove expensive of course and you must decide whether the premium price still makes DP56 models more desirable than the alternatives. Bear in mind the possibility of being presented with import fees if you purchase them directly from overseas. One way of avoiding this is by purchasing via Amazon Global. Some examples are shown below or take a look at our complete guide to purchasing Department 56 in the UK.

One of the biggest concerns potential UK collectors of Department 56 have is whether the electrical items will work with a UK power supply. Department 56 use the same lighting method as Lemax and some other Christmas village brands. This is essentially an LED bulb on a cord that clips into a hole in the back or base of the unit. This means that a US supplied cord can easily be replaced with a Lemax cord. These are available with a standard UK 3-pin plug.

Motorised, animated and musical units are a little more complex. There is no guarantee that simply using a travel adaptor will work in this case. It might. Alternatively, you could purchase a step-down converter, ensuring that you pick a model suitable for the intended load. Motors may run a fraction slower, 5/6 the normal speed. This is due to UK using 50hz as opposed to 60hz in USA. Many items can be operated with batteries which is an easy solution, if not perhaps the most economical. You should check each model individually to verify whether batteries can be used.